The new H2020 project – European Research and Innovation Centre of Excellence in China (ERICENA) – has been successfully launched on January 19th, 2017.

The Centre will provide services to public and private European and Chinese clients, promoting Science, Technology and Innovation (STI) cooperation with China and connecting European researchers and entrepreneurs to the Chinese Market. 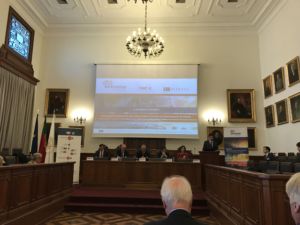 Ms. Kai Zhang from Martel Innovate has participated in the launch event, representing EXCITING project. Due to the similar nature of supporting EU-China STI cooperation, EXCITING has won good level of publicity among interested participants and stakeholders, including EC officer in China, Ministry of Science and Technology (MoST) representatives, EU SME Centre, Tsinghua University, project partners of ERICENA (SPI, partner of EXCITING, is the Coordinator of ERICENA), among others.

In particular, the first project organised event – Conference of EU-China Collaboration on IoT and 5G Research, has been promoted and a number of participants on site showed interest in being part of the event in Beijing.

Synergies of two projects will be sought after, especially connecting European ICT STI actors who are interested in providing services in China.

Please enjoy a video done by the host of the event: University of Porto, highlighting this project and event.

Cookies To make this site work properly, we sometimes place small data files called cookies on your device. Most big websites do this too.
Accept